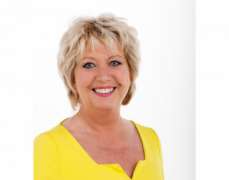 Convinced FCE, globe trotter, Business leader and writer Tinou Dutry bequeathed our Belgian and World Associations, archives tracing our history since its inception. These are available in Brussels at the Center of Archives for Women history () , fonds ‘femmes chefs d’Entreprises’ (Carhiff collection).
A book tracing FCE history from 1948-2012 has  been published by the Belgian Association. ()

Yvonne Edmond Foinant, is the founder in 1945 of the Association of Women entrepreneurs FCE «Les Femmes Chefs d’Entreprises», was born in France in 1890 in a engineer family. She has been forced to manage her self, in a society where women could not access to work and entrepreneurship easily.
But with the First World War, the woman had been forced to hold leading positions after this massacre.

In 1914 , when her husband left the house to go on war, he told her ” Go on”. She was only 24 years old but she never hesitated to pick up the burden and to start the management of the company.

Later ,Yvonne met her husband again and since this moment they led together the company until his death.

With the World War II, Yvonne Edmond Foinant created in 1945 the french ‘Association des Femmes Chefs d’Entreprises’ that became in 1950 an European Association and became a World Association in 1965, FCEM, a non-profit, non-governmental, non-political and non-sectarian organization.
Yvonne Foinant had been granted, in 1979, the title of FCEM Honorary President.